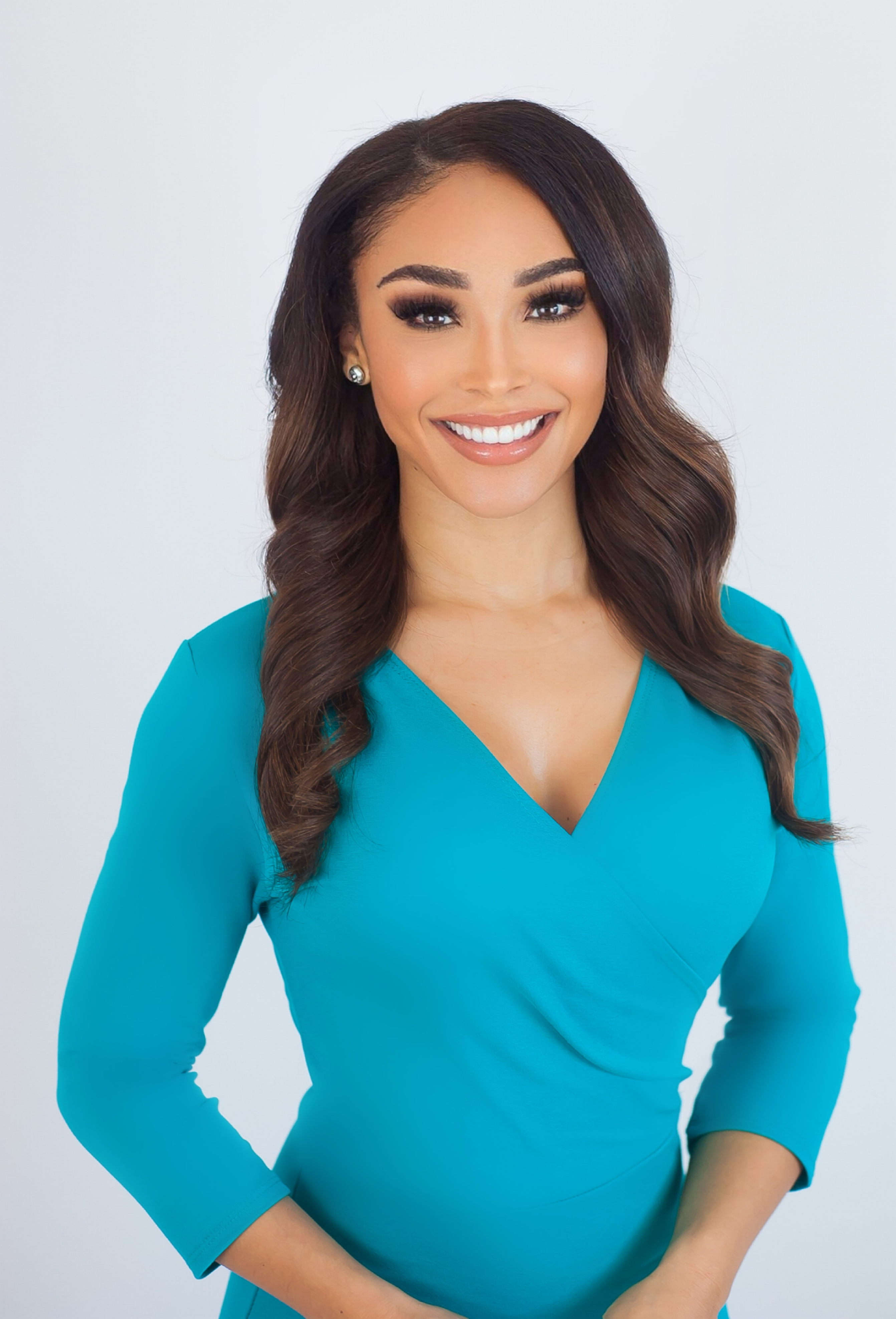 Najahe Sherman is a television host and news anchor for BNC TV. BNC TV is the nation’s fastest growing national news network providing 24/7 programming to more than 52 million households across the United States. It’s also accessible on more than 200 million connected devices and platforms. BNC TV is the first and only cable news provider created “by people of color for people of color.”
Prior to joining the BNC TV family Najahe was the primary evening news anchor at WAAY 31 TV. She anchored WAAY 31 news at 4, 5, 6 and 10 p.m. She initially joined the team as the morning and midday news anchor and was promoted to the evening anchor position a year later. In addition to anchoring the evening news, Najahe also covered the area’s biggest news stories, including the 2019 historic flooding in north Alabama, where she reported from some of the most severely affected communities in the region.
Najahe also worked in Nashville, Tennessee as both a news anchor and reporter for several years. She has held positions as a news anchor, reporter and multimedia journalist in television markets in Alabama, Louisiana, Missouri, Tennessee, Wyoming and Iowa. Najahe graduated from the William Allen White School of Journalism & Mass Communications at the University of Kansas. Najahe is an active community volunteer. She has served as an emcee and host for various organizations raising more than half a million dollars for non-profit groups in north Alabama, including the Women’s Economic Development Council and Stars Dancing for HEALS. Najahe also served as a youth mentor for the Big Brothers Big Sisters Organization and volunteered at Boys and Girls Clubs in Louisiana.
Najahe was featured as one of “Nashville’s 25 Most Beautiful People” by Nashville Lifestyles Magazine with country music artist Jake Owen and television personalities Kellie Pickler and Chris Carmack of the television series Nashville. She is also a former NFL Kansas City Chiefs Cheerleader and former Mrs. Louisiana America. When Najahe is not working she enjoys traveling, practicing yoga and spending time with her family. Najahe and her husband are the proud parents of two children and two Yorkshire Terriers.